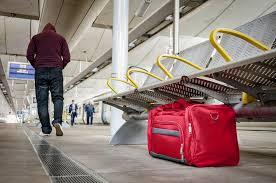 The government of each country worries about the security of the state, its citizens and resources. For this reason, many security institutions and departments are created around the globe. Thus, it was proposed to establish the Department of Homeland Security in the United States of America in 2002:

\"The President proposes to create a new Department of Homeland Security, the most significant transformation of the U.S. government in over half-century by largely transforming and realigning the current confusing patchwork of government activities into a single department whose primary mission is to protect our homeland. The creation of a Department of Homeland Security is one more key step in the President’s national strategy for homeland security\"(Bush, 2002).

The occasion was the terrorist attack on September 11. It became a competent institution in November 2002 after the Congress had adopted the Act of Homeland Security Department (DHS). As terrorists are very resourceful these days, so the governments of different countries should examine all possible ways of violence and encroachment. DHS unified more than 22 federal departments and agencies. Therefore, it specializes in border and ports protection, immigration issues, transportation, emergency management, environment measurements, and many other aspects (Creation of the Department of Homeland Security, n. d.).

It is possible to state that notification of the public about the threat is important for avoidance of numerous deaths and panic among citizens. Moreover, informational support of the public about specificity of the terroristic attacks and terrorist personalities gives an opportunity to respond properly to a potential threat. The information support is provided by the National Terrorism Advisory System website, which is an authoritative source. It contains the latest credible information about the nature of a threat. NTAS distinguishes two types of threats, namely imminent and elevated threats. They are declared to the public through the site, “an imminent threat warns of a credible, specific, and impending terrorist threat against the United States”, whereas “an elevated threat warns of a credible terrorist threat against the United States” (National terrorism advisory system, n. d.).

Nonetheless, the website is not the only source of information. NTAS ensures the social media channels with up-to-date and verified information. According to this, any person is able to protect oneself, one’s family and communities. Moreover, they become more vigilant and attentive to suspicious people and things. Thus, the possibility of taking timely measures is increased. The most important tagline, which was provided by NTAS, says, “If you see something, say something”. The tagline “campaign across the United States encourages all citizens to be vigilantfor indicators of potential terrorist activity, and to follow NTAS Alerts for information about threats in specific places orfor individuals exhibiting certain types of suspicious activity” (Public Guide, 2011).

The reason of creating the DHS is to protect Americans from terrorist threats. It is obvious that the efficiency of combating terrorism depends on providing reliable information. Thus, it is argued in NTAS Guide (2011), “terrorism information and intelligence is based on the collection, analysis and reporting of a range of sources and methods” (p. 3). Nonetheless, an individual is able only to inform law-enforcement authorities about estimated terrorist activity. However, attempts to prevent it are very dangerous. For this reason, informing the public is a part of national security strategy. Accordingly, the security departments have programs and methods for combatting terrorism. The supreme task for homeland security departments is defeating terrorists and their organizations. They reach it through using directly or indirectly “diplomatic, economic, information, lawenforcement, military, financial, intelligence,and other instruments of power” (National strategy for combating terrorism, 2003, p. 15). Moreover, it is stated that cooperation with informal groups is helpful in combating with them. Another way to prevent terrorism is to target the public, state investors, and transnational networks.

It is a well-known fact that a single terrorist is less dangerous than a group of terrorists, by means of causing less damage. In order to prove it, the National strategy (2003) declares: “…the best way todefeat terrorism is to isolate and localize itsactivities and then destroy it through intensive, sustained action” (p. 15). However, moderating state sponsors is much easier than rendering harmless individual groups of terrorists.

Summarizing, it should be admitted that the Department of National Security provides efficient advisory system for the public. Moreover, it takes active steps for prediction and prevention of terrorist attacks. Nonetheless, deficiency of classes for the public, which would teach properly how to recognize a potential threat and to take measures of instant response, should be pointed out. Object lessons would be very useful for many people. What is more, schools’ schedules should contain lectures about personal and national security. The information about possible sources of threats should not be hidden from children. It is undeniable that holding lectures by an official person is more effective than by common teacher or parents.

Terrorism as a phenomenon would disappear after the liquidation of the reasons of its appearance and tools for its development. Unfortunately, it is rather complicated and even impossible by means of the existing economically developed countries, states with reach natural resources and strategically located areas. The most obvious reason for terrorism is seizure of power for the purpose of supremacy. Nonetheless, the Department of Homeland Security provides preventing terrorism results. Its result are distinguished between building the homeland security enterprise, improving screening for passengers, preventing terrorist level, and enhanced screening for cargo and baggage.