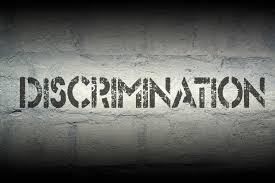 Discrimination is the restriction of rights and duties of human by a certain sign. The phenomenon of discrimination existed in the whole human history since the emergence of states. But only in the middle of the twentieth century in the framework of the international legal system, the principle of non-discrimination personality was established, which prohibited discrimination and had the purpose to guarantee to each member of the human society equal amount of rights and freedoms.

Prohibition of discrimination on the international level has become a powerful stimulus for the emergence of the relevant norms within the national legal systems. In a relatively short period, a large number of international and national regulations have emerged, directed at combating discrimination. Through the efforts of the international community and individual states, the fight against discrimination has made significant progress, thanks to which many categories of people gained their rights and freedoms (Centeno & Newman 76).

However, despite the extensive regulatory framework, discrimination remains one of the most complex and global problems of the modern world; this problem exists in all countries of the world and affects large sectors of the population. It is one of the main causes of armed conflicts and international instability. Inequality is increasing in the new context of globalization, which is accompanied by such negative phenomena as mass migration, terrorism, and the pursuit of individual states and major corporations to extract maximum profits (Fredman 135). Victims of unequal treatment are still women, people with disabilities, indigenous people, migrant workers, ethnic minorities and other groups of people. The development of information and communication technology facilitates the rapid spread of intolerant attitudes in the society. Scientific advances cause the appearance of new symptoms, giving rise for discrimination such as, for , genetic inheritance.

Special social and legal significance of the problem is that discrimination has no boundaries of subjective measurement; it affects ordinary citizens and officials, as well as an individual or a group and community of people. Therefore, social harm is multilateral, serves as a powerful catalyst for almost all violations of law and order, including international. Discrimination always entails a breach of the rights of citizens, derogation of one’s interests and eventually leads to the triumph of injustice. Impunity of most forms of discrimination has extremely baneful impact to people’s minds. This powerful factor could negate any attempts to the approval of the rule of law. Impunity encourages, inspires confidence, or simply provokes new ways and means of deformation of equality and equity. From this comes the social and legal disorientation of citizens (Fredman 145). Something that actually harms the whole of society becomes useful and effective for the implementation of individual needs. Different types of such formulas take a catastrophic form and create an aura of despair, which again pushes the relevant actors to seek other forms of resolution of life’s problems than those established by law. As a result, there is the loss of interaction between the state and the population and reducing of harmonious balance in the understanding by each party of its role and responsibility to each other. There are extremely dangerous results of discrimination for your general social orientation, namely various forms of social-oriented aggression – a reflection of person’s discontent (social groups) by legal status, the cause of which is elected by the status of the other person (social group) (Fredman 152). It creates mutually aggressive environment, the development of which may be tragic for both sides. Discrimination has a negative charge of irreversible consequences, one of which is the devaluation of human life.

Confront and the elimination of discrimination is a continuous process, multi-faceted and complex, in front of which stands many obstacles. Solution should start with the individual – the carrier of knowledge of freedom and justice. Promising way in this direction is the availability of knowledge, its promotion and modernization among all levels of the population. The implementation of this direction has to go through a specialized system of education. Person should know his/her rights and responsibilities, have an idea about the methods and forms of protection, be able to independently qualify certain events and facts to be discriminatory. Provision of knowledge should not be a one-time action and depend on age or financial situation of a person. It is necessary to provide a systematic, regular acquisition and update of knowledge of human’s rights in which a person feels a need due to changes in the surrounding reality; it is necessary to contribute to increase the level of motivation and ability of individuals to a permanent independent, self-directed learning, to engage all kinds and forms of education in the process of learning.

The current stage of development of a society is characterized by the increasing role of information sphere. Fight against discrimination is unthinkable without freedom of information. This presupposes as a priority the path of activization of development of information technology. A parallel process of improving the mechanism of legal regulation and legal protection must accompany counteracting discrimination. The challenge for the state in the target area is increasing the prestige of law enforcement, strengthening the people’s trust in officials. It is significant to establish by appropriate legal and information means a situation in which enforcement of the law will be much more profitable to its violation. For all the banality of this idea, its essence is difficult to overestimate within the context of the implementation of idea of ​​justice. An indispensable condition for an effective fight against discrimination is the approval of national pride and the spirit of self-esteem in the society. The factor of overcoming negative effects of the spiritual sphere is a national unity that also ensures legal integrity of the society. The crucial aspect is overcoming the disengagement of the state from the processes of self-organization and formation of new forms of collective problem solving. The authorities must closely follow all novations in society in order to fight the discrimination (Plous 45).

If to approach the issue less deeply, the fight against discrimination consists of making advances to other person with all his or her differences. It is rather not about the fight against discrimination, it is about the ability to accept otherness of others in order to truly promote diversity. As to the diversity, it is necessary to talk about the features that are not the same thing as the differences. Difference is always something active: the one is different from the rest. Feature is not calling for a comparison. One has to endure differences, but to accept features. Feature is not something monolithic; it is compound and infinitely complex phenomenon. It would be preferable to focus on the humanity that unites every person rather than on differences. For , people with disabilities must be respected not because they have disabilities, but because they are full-righted people, with whom we have common values (Whitlea & Kite 80).

However, it should be remembered that any fight against discrimination very quickly lead to a new discrimination. The persecution of smokers leads to the closure of some restaurants and bars, and to price increases in others. The quota for the number of women in parliament limits the right of smart people to representation in the legislative body of the country. The fight against inequality of wealth somehow always turns out to be trivial plunder in favor of loafers. Private voluntary discrimination (as opposed to the state imposed discrimination) has a natural character. In this way, business is looking for new ways to increase profits and improve the standard of living of the entrepreneur (which is not always the same thing). This is one of the options to improve the efficiency of the work, the same as the change of prices and range of products, the provision of credit, painting the walls of a shop or office, etc. State fight against discrimination is a struggle with increase of business efficiency that is, ultimately, growth of inefficiency of the system (Hellman 119).

Ensuring equality in the enjoyment of rights and freedoms implies, in some cases, providing to vulnerable groups of people additional guarantees to improve their situation, so-called an affirmative action. The affirmative action is proposed to determine how temporary measures aimed at ensuring the proper progress of individuals or groups of persons, or disadvantaged are, in order to reach the legal equality in the enjoyment of rights and freedoms. Due to the fact that discrimination can occur in the event of failure of an affirmative action, in modern times, the content of the principle of non-discrimination has expanded. Limitations of human rights should be provided by law, introduced in order to eliminate the threat core values (for , public safety, public order), complied with the proportionality to the aim pursued and applied equally to all (Fredman 167).

The main sign of discrimination, distinguishing it from permitted by international law differences in legal status are: orientation on the worsening situation of persons (or groups of persons) and the arbitrary application of signs based on distinction, namely when there is no significance of indication for the use of one or other right.