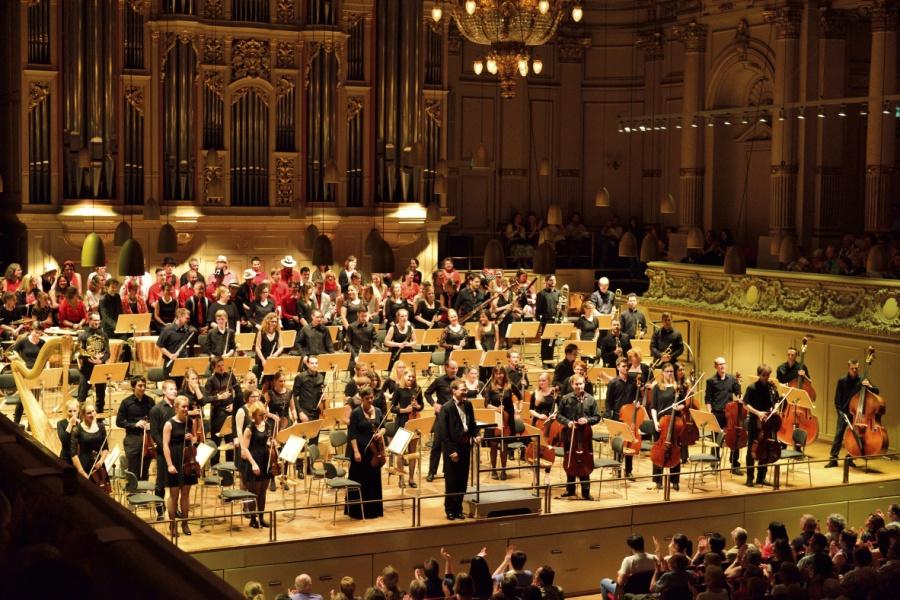 Classical is the so-called \"academic\" music, which is related to the succession of musical genres and forms (opera, symphony, sonata, etc.), melodic and harmonic principles and instrumental composition, emerged in Europe in the XVII-XIX centuries. In other words, the classical artwork is the music of the past centuries that has stood the experience of time and has the audience in today's society. Nowadays, classical compositions precipitously lose the popularity and become unknown for the majority of young people. In present days there are numerous contemporary musical styles and trends which do not have any connection with classics. New compositions are characterized by inanity and absurdity. Nevertheless, the simpler the song is, the more popular it will be. This fact can be proved by current musical preferences of teenagers. Thus, it is necessary to mention that the further cultural development has very bad prospects and can lead to widespread dullness and degradation of individuals. Consequently, in order to prevent negative consequences of modern cultural evolution there is the need to identify the problems of low popularity of classical music and provide the appropriate attempts to solve them.

The Reasons for Low Popularity of Classical Music

Based on a foregoing, it can be mentioned that the classical music is not popular among the young generation, and there are several reasons for it. Analyzing this problem, the acknowledged scholar conducted a research and identified the reasons why teenagers do not prefer listening to the music from the past centuries (Hall 155). The first problem is the lack of rhythm in classical artworks. The contemporary impetuous way of life affects the music. Therefore, the most popular songs are very rhythmic and quick. The new trends, for , drum-and-bass, or dubstep cannot be listened by the old generation; they even cannot call it music, because for them, it is just a set of horrible sounds, which damage the human hearing system. Moreover, the lack of intensity, or the passivity of old songs create the sleeping atmosphere and cannot be used for entertainment purposes. The young people want to “chill” and, for this purpose, they need rhythmic music. However, the fact that all the old songs and compositions are slow is untruthful. For , if to listen to the artworks of the Russian composer Tchaikovsky, it is possible to find very rhythmic music, which is breathtaking (Hall 200).

The second problem is the inability to dance to the classic music. One of the most popular ways to have a rest among the young generation is to go to a disco, or to make a party at home with loud music and dances. Obviously, it is impossible to create the party atmosphere listening to the artworks of Bach, or Beethoven. Nevertheless, if to address to the historical facts, people always had dance evenings, and had a good time listening to a classic song. Moreover, there is the need the emphasize that, initially, music was not created for dancing; the purpose was to enjoy its masterpieces (Johnson 98).

The lack of energy becomes the next factor against the classical music distribution. Thus, as was stated afore, the contemporary youth listens to “crazy” songs in order to be in the rhythm of the modern life while old songs cannot give this energy boost. Consequently, there is no necessity to listen to them. Additionally, the term “relax” also changed its meaning significantly. For teenagers, this term means doing something insane, or very exciting, and it has no connection with the way of having a rest some time ago (Kramer 211). However, a person, who thinks that the old music does not have energy, probably, does not listen to the symphonies of, for , the German composer Brahms.

The next reason is the semantic load of songs. The modern compositions are very simple and do not contain a deeper meaning. Nowadays, teenagers do not have high moral problems; they mostly think about domestic issues, and do not need to listen to meaningful songs. If to analyze texts of popular performers, it becomes clear that they are pointless and stupid. In contrary, old songs contain a hidden sense and high moral values. To illustrate, today people cannot understand the meaning of Felix Mendelssohn music because it is simpler to listen to mindless songs and not to care about moral self-development (Kramer 56).

One of the most important and big problems are the contemporary stereotypes. If to conduct the unanimous interview it becomes clear that for some young people, the artworks of famous classic composers are interesting, and they willingly substitute the modern songs by these masterpieces. However, these people cannot share their view because the majority will not support them, and consider these teenagers as not trendy and boring; nobody will keep company with them. Thus, the desire to listen to beautiful songs is destroyed by the general meaning that it is not modernly. Moreover, the willing to listen to classics often becomes the cause of ridicules and humiliations (Kramer 200). Consequently, even when smart young people realize that the old music helps for self-development, and can give a lot of moral pleasure, they become the subject of bullying.

There is one more similar cause of low popularity of classical music. The young people are afraid to be old-fashioned. In the century when the fashion is changing very rapidly and everybody tries to be the trendiest, the old music becomes not popular and the willing to listen to it can be a cause of disrespect and reluctance to communicate with such person. Now the artworks of Mozart, Bach, Beethoven, Mendelssohn, etc. are “not cool”; thus it is impossible for the teenager to be the supporters of the genuine art and to be trendy simultaneously (Johnson 56).

These problems cause the extremely slow distribution of old artworks among the modern society. It becomes a cause of several problems, which can lead to a total disregard of amazing masterpieces of recognized musicians.

The absence of moral culture and inability to understand the value of classical music leads to the negative consequences in the society, especially amongst teenagers. The low popularity became a cause of very slow distribution of classical art. Nowadays, it is quite difficult to find the sales outlet, where everybody can buy compact discs with old music. The Internet sources also do not allow downloading these songs or symphonies. Obviously, for business entities it is much more profitable to sell recently released songs and albums because they are more popular simultaneously (Johnson 112). Consequently, it is more lucrative to provide the trade of modern goods than distribute, and popularize classic music.

The next threat is that the contemporary teens do not know the classics; subsequently, their general intellectual level is also very low. People do not know the recognized composers and musicians. It is awful because a few decades ago such nescience was considered as an indication that the person is discourteous. Moreover, several modern composers face the problem of the lack of inspiration, thence they try to use the old melodies, and adapt them to the contemporary needs simultaneously (Johnson 87). Therefore, the amateurish interference distorts masterpieces, while the young audience, due to the lack of education, thinks that these songs are original, and create the erroneous idea concerning old music.

Solutions to the Problem

The aforementioned problems and threats can be successfully resolved. However, it is extremely important to mention that there is no necessity to force young people to listen to and love classical music. There is a wrongful approach which can lead to very negative results. The main purpose is to popularize the classic artworks and create the situation, when it is trendy to listen to it. Subsequently, youth becomes interested in it without any pressure.

This task can be performed through different ways. The first one is to establish governmental, state and local popularizing programs which allow modern teenagers to realize the beautifulness of old classical songs, and give them a possibility to understand the hidden sense of these compositions. However, there is no need to provide the additional school or college classes, because, as was stated, it will create the opposite reaction. Every person can try to understand that listening to the old masterpieces is not bad and shameful, moreover, they should realize that it can be very popular and exciting (Johnson 141).

There is one more way to increase the popularity. Thus, it is important to prove the popularity giving the of several famous people, who are well respected among the youth. For , sportsmen, film stars, politicians, or modern writers can show their positive attitude towards the old masterpieces. For the execution of this task, it is enough to involve popular people in these popularizing programs, and give the possibility to refer to teenagers, and recommend them to try to understand the original value of classical music. These actions can help to change the aforementioned stereotypes, and explain the youth that it is not bad to pay attention to old music. Of course, nobody can persuade teens to refuse to contemporary art, and, moreover, there is no need to do it.

Additionally, it can be wise to enlist the help of modern recognized musicians and create new variants of old compositions. If to make it professionally, preserve the uniqueness, and add new, professional adjustments, it can help to make the old artworks more understandable for new listeners. However, it should be done carefully, without radical changes (Johnson 130). This step can prevent teens from listening to amateur remixes which do not have any aesthetic value, and make the attempt to harmonize old art with contemporary needs.

Finally, conducting the research, it was managed to establish the most significant causes of classic music low popularity, their potential negative consequences and threats, as well as to find the effective solutions which can positively affect the current state of affairs (Kramer 250). Additionally, it is important to mention that a new generation has modern thoughts and preferences, thus, it would be groundlessly to make efforts to change their views. However, despite this fact, every person has to know, at least, the most famous artworks of well-known classical compositors, and have the ability to understand not only pointless simple modern music, but the value of the high moral and thoughtful unique masterpieces.